CALL US FIND US

When purchasing a vehicle, safety is one of the top MUST haves in a vehicle. Safety becomes a major concern when you are toting around your family on a daily basis. Just recently the IIHS (Institute of Highway Safety) released their results on the Honda Odyssey, Toyota Sienna, and the Chrysler Pacifica. The Toyota Sienna raised major concerns after the outcome of its own results while Honda performed with praiseworthy results and the Chrysler Pacifica received acceptable results.

The Honda Odyssey received “Good”  which is the top safety rating, in the overall passenger side tests while the Toyota Sienna was rated “Marginal” because of its poor structural quality rating. The Chrysler Pacifica results came in to be rated as “Acceptable”.  The Honda Odyssey also received “Good” driver side scores. That is not the only award the superior Minivan has received, the Odyssey has also been rated as  “Superior” in available front crash prevention technology. As for the Toyota Sienna, Toyota did update the structure of the minivan in 2015 but it is the only minivan in the market that has remained unchanged since 2010.

The reigning Honda was the only minivan out of the 3 to receive “Good” rating for its child seat anchors. Toyota and Chrysler received “Acceptable” for this section. The Honda Odyssey was completely re-designed in the year of 2018 with an all new look and brand new technology as well as being the only minivan to have a 10 speed automatic transmission.

Come to Holmes Honda to see the safest minivan in the U.S.! 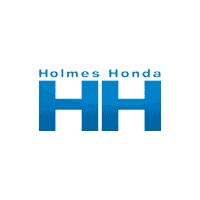